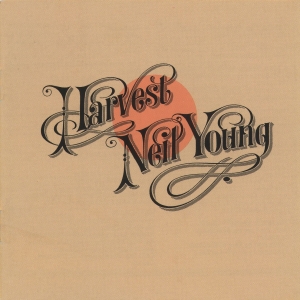 English rock band Oasis had the No. 1 album in the UK on the 5th June 2005 with Don’t Believe the Truth.

Their sixth studio album saw each member of the band make a songwriting contribution for the album; it was the first Oasis record to feature the drumming of Zak Starkey, who replaced the band’s longtime drummer Alan White.

Don’t Believe the Truth was recorded between October 2004 – February 2005 in London and Los Angeles; with Noel Gallagher handling production duties with Dave Sardy, a Brooklyn musician, songwriter and record producer who has worked with acts such as Jet & Wolfmother.

The Don’t Believe the Truth Tour saw the band play to 3.2 million people across 26 countries at a total of 113 concerts.

To date the album has sold more than 7 million copies worldwide.

The Importance Of Being Idle – wp.me/p3uHDF-es

Let There Be Love – wp.me/p3uHDF-en

“Do you remember the first time? The leathered sneer of Liam Gallagher that only a smack in the gob from his brother could silence, and his songwriting genius, and the swagger of their band (the ‘Sex Beatles’ is how a magazine called The Face heralded them) and the early records like ‘Supersonic’ or ‘Live Forever’ – quite possibly ‘Digsy’s Dinner’ – that announced the aspirations of an era with such a rip-roaring snort that a young Prime Minister wooed them.

Shortly into the Blair presidency, Noel found himself at Number 10, asking Tony how he had managed to stay up through election night. ‘Probably not by the same means as you,’ the PM quipped, and that was 1997 all over.

Little is the same as it was back then, for all parties concerned, but this is where Oasis start to mend some broken promises. It feels like a lifetime since a new album from the Gallaghers justified the hype and rhetoric spun on its behalf, but this is so good, it makes you want to pour not one but two glasses of Jack-Daniels over your head.

Not so with the album that appeared three weeks after the Downing St party, Be Here Now, which was all bombast, or the successive disappointments of Standing on the Shoulder of Giants and Heathen Chemistry (bonus points if you can remember more than three song titles from that 2002 set); or the desultory showing at Glastonbury last summer; or the performance on I’m a Celebrity Get Me Out of Here of Liam’s sister-in-law, Natalie Appleton. These could be seen as more than failures of will or of imagination – rather as acts of cultural betrayal.

So a touch of cynicism seems quite in order when it comes to Don’t Believe the Truth – a title that might disguise a message but is probably just more of Noel’s gobbledegook in the band’s own grand tradition.

(And the sleeve – surely Oasis hold the record for the worst album sleeves of all time, and in this respect, their latest is no disappointment.)

Perhaps the band have come to a realisation of why some people feel like throwing crockery – Noel strikes a contrite note when he says: ‘Someone said to me my songs sound like B-sides from 1994. I take that as a compliment.’ What’s more, where once he ran the band as an autocracy – booting out anyone who didn’t toe the party line – these days he’s started to listen, to share responsibility. So it is that he’s only written five of the 11 songs, with bassist Andy Bell contributing two tracks, second guitarist Gem one, leaving Liam chipping in with three.

Let’s not get carried away, but only two of those last are in the ‘Little James’ category (where he essayed the rhyme ‘live for your toys/ even though they make noise’). One good Liam song immediately elevates this sixth album above the status of its two immediate predecessors, and everything else reaches a new target in quality control.

Noel is right to seize on that comparison with the band’s early output, because the most helpful way of thinking about Don’t Believe the Truth is to ponder what’s not there: there aren’t any of those coked-up guitar workouts, for instance, when the songs long outstayed their welcome. In fact, this is a record that doesn’t sound at all druggy, but alive to possibilities. The bluster, the straining for effect, the attempt to live up to a grandiose reputation of their own making – all these are absent. Indeed, for the past few years, Oasis have been trying to emulate the sound of the old Oasis, rather than ripping off their peers, which is what they once did, as if they were politicians nicking rival policies. After taking their time with this record – its release was rumoured last year – that’s all changed now.

So first single ‘Lyla’ appropriates a riff from the Stones’ ‘Street Fighting Man’ before stumbling into the bar-room territory of the Faces; ‘Mucky Fingers’ is a one-chord homage to the Velvet Underground; ‘The Importance of Being Idle’ is very Kinks, which at least makes a change from the Beatles; while the way in which ‘Part of the Queue’ borrows shamelessly from the Stranglers’ ‘Golden Brown’ completes a process akin to ‘triangulation’, which makes you believe you have the best of all possible worlds on offer.

These songs of Noel’s apart, Gem’s ‘A Bell Will Ring’ is otherwise this week’s pick, but from Andy Bell’s slow-burning opener ‘Turn up the Sun’ onwards, you’re reminded of what genuine charisma means and your heart skips a beat, as it flares into life with the line ‘I carry madness, everywhere I geeeeeeaaooo’ – no prizes for guessing it isn’t stand-in drummer Zak Starkey fronting up the microphone.

We have all made mistakes. So just as Noel would seem to have taken a long hard look at the band, we might ask ourselves some questions. Is swapping Pete Doherty and Kate Moss and crack for Liam and Patsy and the naive optimism of 1997 all that we have done?

Don’t Believe the Truth isn’t a novel – or novelty – record but it makes you care about Oasis again, and makes you believe they can matter again. So our bond with them is renewed”. 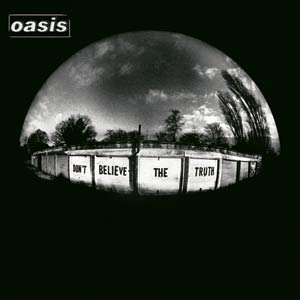 The Importance of Being Idle 16:06 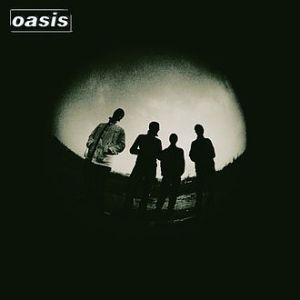 The 1st single from the Oasis album Don’t Believe the Truth.